Excellent service. Service of quality and friendly during all the necessary time.
Professional and diligent, always available to clarify and solve any doubt, making feel with security in a confidence environment.
Absolutely recommended.

Guy and his colleagues are excellent attorneys. They always gave me good, practical and useful advice. As an attorney, I greatly appreciate and highly value their professionalism and responsiveness. I would not hesitate to use them again in the future and to recommend them to others in need of their counsel.

I've worked with Guy Flatner's office during 2021 and 2022 in regards to my military status. I'm glad to say that from the first interactions with Guy and Emanuel they have shown the upmost professionalism - providing guidance and communication throughout the whole process and resulted in complete legal solution to the problem I was facing.

Having spoken to several law offices in Israel, Guy Flatner's was the only one to actually consult on the initial state of the problem, while outlining possible solutions that could be done. Meanwhile, most others either didn't consider the initial situation or didn't bother to discuss anything before payments needed to be made.

The process has taken a while and there were periods with little communication from the army side, but Emanuel showed patience and set up the necessary expectations in order to get the best result, even when I had doubts.

Having worked with law offices all over the world I can confidently say that Guy Flatner's office is one of the most enjoyable to work with, especially considering the positive outcome they managed to create. Will gladly use their services again should the need arise.

Guy was a wonderful Advocate for myself and my situation. Thank you so very much! Realistically, he's pricey, but worth it. If you need top notch representation in the criminal court who is fluent in English and Hebrew he's your guy 👦.

Guy and Emanuel demonstrated the utmost professionalism, efficiency and dedication to me and my legal matter.

While living abroad, I sought a local counsel that could assist me with resolving my military status. Naturally, not being in Israel I worried about whether I could trust a local counsel and whether my matter would receive proper attention and care. Both Guy and Emanuel put me at ease and were always very responsive. They went out of their way to answer every single question and concern that I had so that I could trust them 100%. Ultimately, they resolved my matter without any delays and actually even faster than I could have ever imagined with an outcome that was favorable to me.

I can wholeheartedly recommend Guy and Emanuel to anyone seeking assistance with resolving their military status. After speaking with 4 different counsels, I can honestly say that Guy and Emanuel were by far the most knowledgeable and the result they achieved for me confirms this assertion. 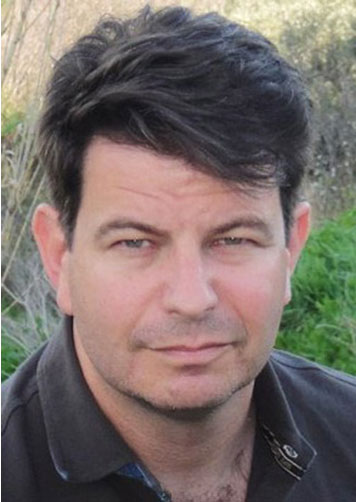 The firm’s uniqueness is expressed in providing legal advice and representation to ordinary citizens without a criminal record, and in principle, refraining from representing “professional” criminals and criminal organizations.

In the framework of its legal practices, the firm deals with Disciplinary and Criminal Proceedings against civil servants (including members of the intelligence community, the security establishment, police and IPS) and against licensed professionals (such as lawyers, doctors, psychologists, pharmacists, social workers), students and employees of the defense industries.

Attorney Guy Flanter has an unconditional authorization to serve as a defense attorney in the Israeli Military Courts.

Attorney Guy Flanter has a rich and proven experience in dealing with complex and sensitive cases that require high security clearance, closing criminal and disciplinary cases in the course of pre-trial hearing proceedings, revoking indictments, acquittal of defendants and termination of criminal proceedings without conviction.

Attorney Guy Flanter lectures on his areas of activity to police officers and prosecutors at the National Police College and to company legal advisers, officers and executives in various Israeli leading corporations.

Member of the Military and Security Committee of the Israel Bar.

Member of the Criminal Forum of the Israel Bar Association.

Member of the International Association of Jewish Lawyers and Jurists (IAJLJ).

Represented the Tel Aviv and Central District Committee of the Israel Bar Association as a prosecutor in in the District Disciplinary Court and before the Israeli Supreme Court.

Currently provides legal representation to lawyers in disciplinary proceedings held against them in the Disciplinary Tribunals of the Israel Bar Association.

For 4 years, served as a Criminal Prosecutor in the Israeli State Attorney’s Office

In the mid-1990’s, after completing his internship with some of Israel’s finest white-collar law firms, attorney Guy Flanter joined the ranks of the Israeli State Prosecutor’s Office, where he was employed until the end of 1999 as a Prosecutor in Criminal cases in the Central District Attorney’s Office.

As part of his work in the State Prosecutor’s Office, he accompanied complex police investigations, prepared and filed indictments and represented the State of Israel in numerous and varied criminal proceedings.

As a Prosecutor for the State of Israel, he conducted criminal prosecutions in all the Peace Courts of the Central District, prosecuted “serious crime” cases in the Tel-Aviv District Court and appeared in various Criminal Appeals for the State. 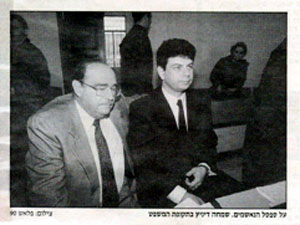 Mr. Dinitz, who served as Chairman of the Jewish Agency and Israeli Ambassador to the United States, was charged in the Jerusalem District Court with fraud and breach of trust.

After a lengthy at complex trial, Mr. Dinitz was finally acquitted of all charges by the Israeli Supreme Court.

Legal Internship for a period of 2 years 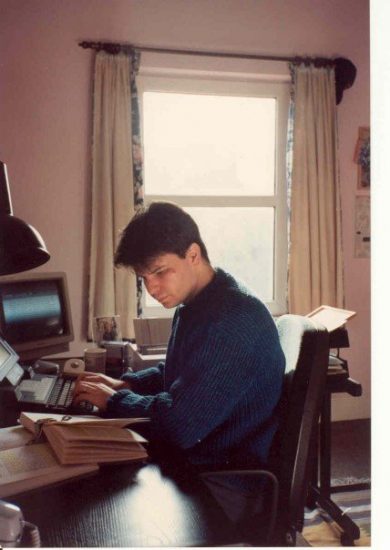 In the course of his legal studies, he excelled in English Law, Commercial law, Litigation Workshop and Evidence Law.

His last commanding post was Head of the Hostile Terrorist Activity Section, Intelligence Unit at the IDF Central Command.

Immediately after finishing his Military Service, attorney Guy Flanter served in the Israeli Security Agency (ISA, also known as “Shabak”), where he dealt with Intelligence and Anti-Terrorism.

Attorney Guy Flanter comes from a South African and German background. He was born in Israel in 1965, raised and educated in Israel & the U.S., and is fluent in both Hebrew & English languages.

His father was one of the first children born in Kibbutz Beit Zera in the Jordan Valley and served in the Palmach, while his mother immigrated to Israel from South Africa.

He completed his high school studies at the Boyar School in Jerusalem and in his youth played basketball in Hapoel Jerusalem.

Guy is married to Irit and has 4 children.

No votes so far! Be the first to rate this post.

We are sorry that this post was not useful for you!

Military lawyer Guy Flanter was granted an unconditional certification to serve as a defense attorney in the Israeli military courts.

Certificate of Appreciation – for activity and contribution in representing the Ethics Committee in disciplinary proceedings.

Advanced Legal Studies Certificate: The Art of Persuasion and Litigation in Court.

The right to a fair trial.

Bribery, fraud and breach of trust.

Crime in the era information technology.

Appointment as a member of a special task force established by the State Attorney’s Office to enforce criminal matters relating to property, as a representative of the Central District Attorney’s Office.

Points of convergence between police powers and individual rights.

Updates and innovations in the laws of Detention, Arrest and Bail proceedings and Penal Law.

The child as a victim of a criminal offence.

Updates and innovations in Evidence Law and the Criminal Procedure Law.

Please fill in your details and we will get back to you as soon as possible:

Please fill in your details and we will get back to you as soon as possible: